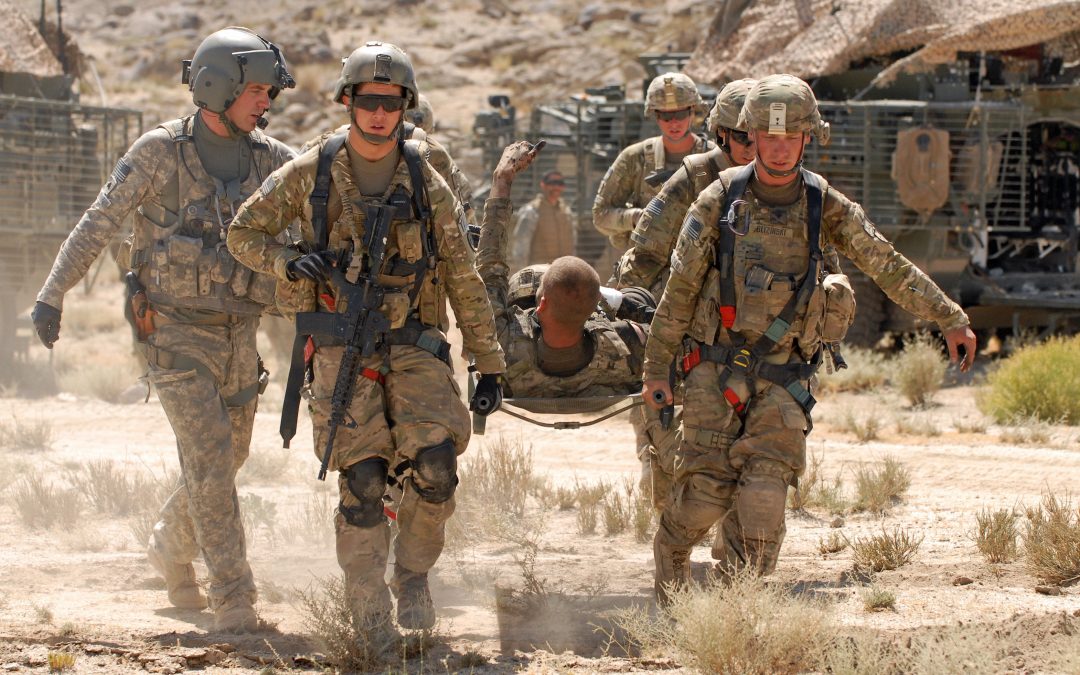 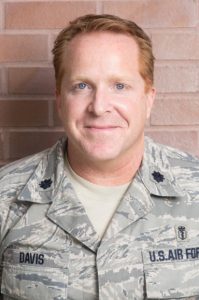 About a month into his new position as director of the U.S. Army Medical Research and Materiel Command’s Combat Casualty Care Research Program (CCCRP), Col. Michael Davis is settling into the role. Like his predecessor, Col. Todd Rasmussen, he is looking to advance the most effective therapeutics and interventions for the combat wounded; whether they come from military or civilian research activities.

In a recent interview, Col. Davis, the former Deputy Commander of the U.S. Army Institute for Surgical Research (ISR) in San Antonio, Texas, and a reconstructive surgeon, shared his thoughts on the current CCCRP landscape as well as what lies ahead.

Integration is Key
“The civilian medical community provides a very important service to the DoD,” said Col. Davis, “in that it maintains and expands the momentum of discoveries learned during active conflicts.” Through strategic relationships with entities such as LITES (Linking Investigations in Trauma and Emergency Services) and SIREN (Strategies to Innovate Emergency Care Clinical Trial Network), the CCCRP is able to task civilian trauma research centers to conduct studies that the Department of Defense cannot.

“One of the ways to prevent the slippage in effectiveness that occurs during peacetime,” said Col. Davis, “is to engage the civilian community in expanding the knowledge base, so we promote and fund civilian research in whatever way we can.”

In fact, because there is very little funding for trauma research through civilian institutions like the NIH, Col. Davis recognizes that the DoD is, in essence, the de facto funder of trauma research. Applicants for funding, however, must show relevance for the combat wounded. “Most of preventable deaths—whether military or civilian—are related to hemorrhage, so that is a strong area of focus. The trauma community is really pushing the idea of whole blood resuscitation right now,” he noted. Other initiatives with crossover relevance include those related to TBI, airway management, and advanced airway placement.

Indeed, much of the funding the National Trauma Institute (NTI) has managed for trauma research and research infrastructure projects has been awarded through the Department of Defense. Studies related to the detection and management of non-compressible hemorrhage and fresh whole blood transfusion, development of the National Trauma Research Repository, and construction of a high-fidelity surgical airway training system are just some of the active projects NTI manages with funding from the Joint Warfighter Program and other DoD research funding vehicles.

In synergistic fashion, civilian trauma centers can and do seek military counsel when necessary. Following the 2013 Boston Marathon bombing, for instance, the City of Boston reached out to the Department of Defense for ground aid and logistical support. Col. Davis was part of the team from the ISR that responded, traveling to the city to meet with surgeons and to provide both training and advice. “This wasn’t an official program, but it’s something that can happen organically as needs arise,” he said. “The military is readily available.”

One of the key trauma-related findings that came to light during that extemporized encounter in Boston was an understanding of the differing needs of female blast-injured patients. “Most military traumatic amputees are male, but half of those injured in Boston were female,” noted Davis. Both sides were open-minded as they shared what they knew. “When we get together with the civilian trauma community, we learn a lot about each other’s needs, and some of the assumptions on both sides can be proven false.”

The Need for Speed
Too often, however, the transfer of knowledge between military and civilian trauma communities lacks demonstrable speed. For example, the application of tourniquets to stop severe bleeding and save lives in the combat arena is 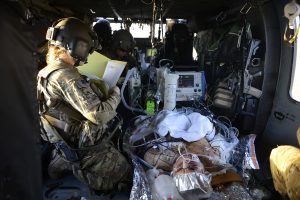 just now becoming standard practice among civilian first responders, despite the fact that the U.S. Army has been fielding the Combat Application Tourniquet (CAT) since 2005. Consistent use of the CAT in the recent Middle East conflicts (both Operation Enduring Freedom and Operation Iraqi Freedom) has in part–and along with the installation of a learning trauma system–led to an astounding 90% survivability rate from battlefield injury, according to the DoD.

Col. Davis recognizes that better integration of civilian and military trauma communities and quicker exchange of knowledge can save lives. As such, he is a strong proponent of the recommendations issued in the June 2016 National Academies of Science, Engineering and Medicine (NASEM) report entitled Integrating Military and Civilian Trauma Systems to Achieve Zero Preventable Deaths After Injury. “We certainly see the need to combine efforts, and it really benefits both sides,” he said.

Another way the military and civilian trauma communities can support one another and make advances more quickly relates to the sharing of research data. With a recent DoD grant, NTI (as part of the Coalition for National Trauma Research), has begun to build the National Trauma Research Repository (NTRR), a web platform for uploading and managing research datasets to support data sharing among trauma investigators. It is NTI’s hope that the data from all federally funded trauma research be deposited with the NTRR.

“I am certainly a big believer in registries,” said Col. Davis. “The DoD has a trauma registry that accumulates and makes data available for study, and it’s a gem within the DoD.” Col. Davis sees the NTRR as an analogous repository. “I think this kind of effort is a great way to extend the use of research data for the benefit of trauma care,” he said.

“The only victor in war is medicine,” Davis said, paraphrasing a quote attributed to William James and Charles Horace Mayo, founders of the Mayo Clinic. As director of the Combat Casualty Care Research Program, Col. Michael Davis is in the unique position of not only shaping the role of medicine in future conflicts, but also ensuring the lessons learned in the combat zone are translated for the domestic audience.