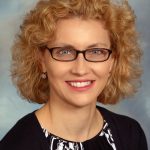 In the August issue of JAMA Surgery, Dr. Carrie A. Sims, et al. published the results of their randomized clinical trial that studied whether low-dose arginine vasopressin supplementation decreases the need for blood transfusions among trauma patients in hemorrhagic shock (AVERT Shock Trial). Significantly, they found vasopressin supplementation is associated with a decrease of 1.4 liters (median) in the volume of blood products administered within the first 48 hours of admission, without an increase in complications.

Since severe hemorrhagic shock is associated with a state of arginine vasopressin (AVP) deficiency, the study hypothesized that supplementation of the hormone may decrease the need for blood products during resuscitation. While animal models have shown promise, only one other trial (Cohn et al., World Journal of Surgery) has previously been conducted using human subjects, which is especially difficult research because of the emergency setting.

In a JAMA Network author interview, Dr. Sims discussed the process of obtaining an Exemption from Informed Consent (EFIC) for the research. Studying acute interventions in peri-trauma time period is particularly difficult, and seeking EFIC to overcome the challenge of enrollment requires extensive community consultation. Sims and her team consulted 64 community members at six different locations across the trauma center intake region—people who may, or may not ever, come crashing through the trauma bay doors on a gurney. They also interviewed 250 trauma patients and their family members. Most understood the need for research to realize improved health outcomes. “There was a high degree of support for the study in both communities,” Sims says. “Ninety-eight percent affirmed the AVERT shock trial.”

Aside from the difficulty in obtaining EFIC, Sims said the design and execution of the study presented unique challenges. “The enrollment process required that we give the placebo or the study drug after the sixth unit of blood product was given, which sometimes occurred within 30 minutes of arrival,” She said. “The intervention had to be given in a tightly controlled fashion and this required a huge effort and a cohesive team approach to doing science.”

In an invited commentary published in the same issue, Matthew Martin, MD, acknowledged that this topic has been in critical need of high-quality evidence, due to its difficulty to model under emergency conditions. He said, “In this issue of JAMA Surgery, Sims and colleagues are to be congratulated for performing a high-quality randomized clinical trial examining the addition of low-dose vasopressin (LDV) to the early resuscitation of patients with trauma and hemorrhagic shock (the AVERT Shock Trial).”

Martin believes the most important message in the data is that administering a vasopressor agent early did not result in higher complication rates or death. “This finding refutes the dogma that pressor therapy should never be initiated in patients with hypotension or bleeding and that the answer is volume.”

While more study is needed, the AVERT Shock Trial adds critical evidence for the potential benefits of low-dose vasopressin as an adjunct to resuscitation for trauma patients in shock. And Sims and her team have shown that, while research in a critically injured population is difficult to do, it is possible.

“We are now looking at avenues to fund a large, multi-center trial in order to investigate some of our findings that were promising—such as the decrease in acute renal failure and decreased ventilator days,” she said. “We saw some positive trends, but the study wasn’t powered to look at those things; we need a larger trial to study complications associated with large volume resuscitation.”

Sims added that a multi-center trial would need to include trauma centers that receive large numbers of patients with penetrating injuries that require high volume resuscitation. “It took us at one institution three and a half years to reach 100 patients, so we need to enroll more patients faster in order to realize the benefits from the research as quickly as possible.”

After an embargo period, Sims’ research data will be uploaded into the National Trauma Research Repository (NTRR) and be made available to qualified investigators for secondary analyses.

The AVERT Shock trial was supported byaward NTI-TRA-09-062 from the National TraumaInstitute and prime award W81XWH-10-0924 fromthe Department of the Army.The US Army Medical ResearchAcquisition Activity, 820 Chandler St, Fort Detrick,MD 21702, is the awarding and administeringacquisition office. Opinions, interpretations, conclusions, and recommendations are those of the authors and are not necessarily endorsed by the Department of the Army or the National Trauma Institute.